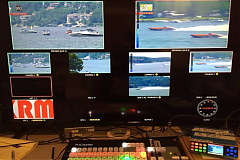 Lake of the Ozarks Power Boat Race used the Ensemble Designs Bright Eye NXT 410 HDMI router to turbocharge the TriCaster Mini’s four-HDMI input hardware limitation. The router not only lived up to expectations, it also converted two outside HD-SDI inputs to its HDMI output going to a single TriCaster input. It brought to the number of active video sources routed to one HDMI input to five for a grand total of eight TriCaster live sources plus graphics and internal DDRs. The NXT 410 switched between its various sources seamlessly on the air. 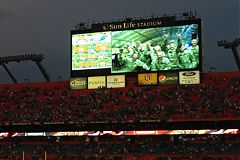 Several times a season, the NFL chooses to highlight a cause to bring to the attention of a national audience. The NFL chose to highlight the work of US military personnel around the world in a Salute to Service promotion. The Miami Dolphins decided to display a live broadcast from Kandahar, Afghanistan on the video boards during halftime of one of the games. This broadcast would feature a live salute from the troops overseas along with cheers. The trick was to get the video from Afghanistan to the big screen – BrightEye Mitto Pro was the perfect solution. 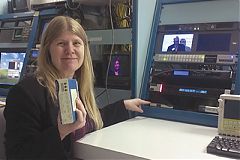 Bell was considering fiber optic solutions from a number of manufacturers when she learned about Ensemble Designs BrightEye 90-FA Up/Down/Cross Converter with Fiber Optic Output. The BrightEye 90-FA is a compact Up/Down/Cross Converter with built in frame sync, analog audio I/O and HDMI output. The fiber optic output which handles both single and multimode fiber connections allowed long-haul delivery across campus and to transmission and satellite uplink sites.

Keefer was considering HD routing switchers from a number of manufacturers when he learned about Ensemble Designs newly introduced Avenue 9430 Flexible 3G/HD/SD router. The Avenue 9430 is an 8×2 router on a single module. Flexible input and/or output router expansion is possible by adding modules, and a clean switch option is…

Turkish Radio and Television (TRT), the national public broadcaster in Turkey, was one of scores of broadcasters who provided coverage of the 2012 Summer Games. TRT operates a total of 15 television channels that provide … 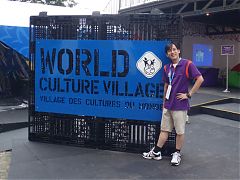 The Youth Olympic games featured a sophisticated media center, where the Ensemble Designs BrightEye Mitto Scan Converter was used by volunteers to bring computer video into the video system. The high quality and exceptional ease of use of the Mitto made it possible.

Early Investment in Digital Infrastructure Pays Off for KEYE-TV 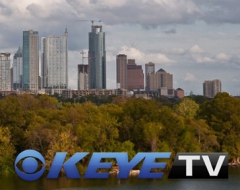 KEYE-TV, operating out of Austin, Texas, made the Avenue Signal Integration system a big part of their early decision to “go digital”. 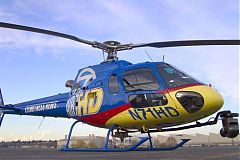 Geneva Aviation, one of the world’s leading builders of airborne ENG systems, has made Ensemble Designs BrightEye modules a pivotal part of their helicopter-based ENG Systems. BrightEye provides the reliability and flexibility they need in this most demanding of applications.