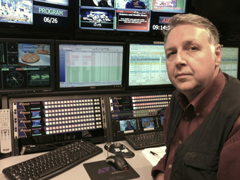 Master control switching that saves you money and makes sense

Just as most television station master control environments have evolved from one or two switched programmed streams to multiple channel operations, our two stations have steadily added additional programming streams as the value of secondary services have increased since the digital conversion.

This multichannel environment led to a different design for master control switching. As our central router was nearing the end of its service life and only handled standard-definition video, we decided to introduce several smaller master control routers dedicated to each program stream. In addition to providing us with a higher level of redundancy, these dedicated-channel MC routers made it easy to convert from standard to high definition on a channel- by-channel basis.